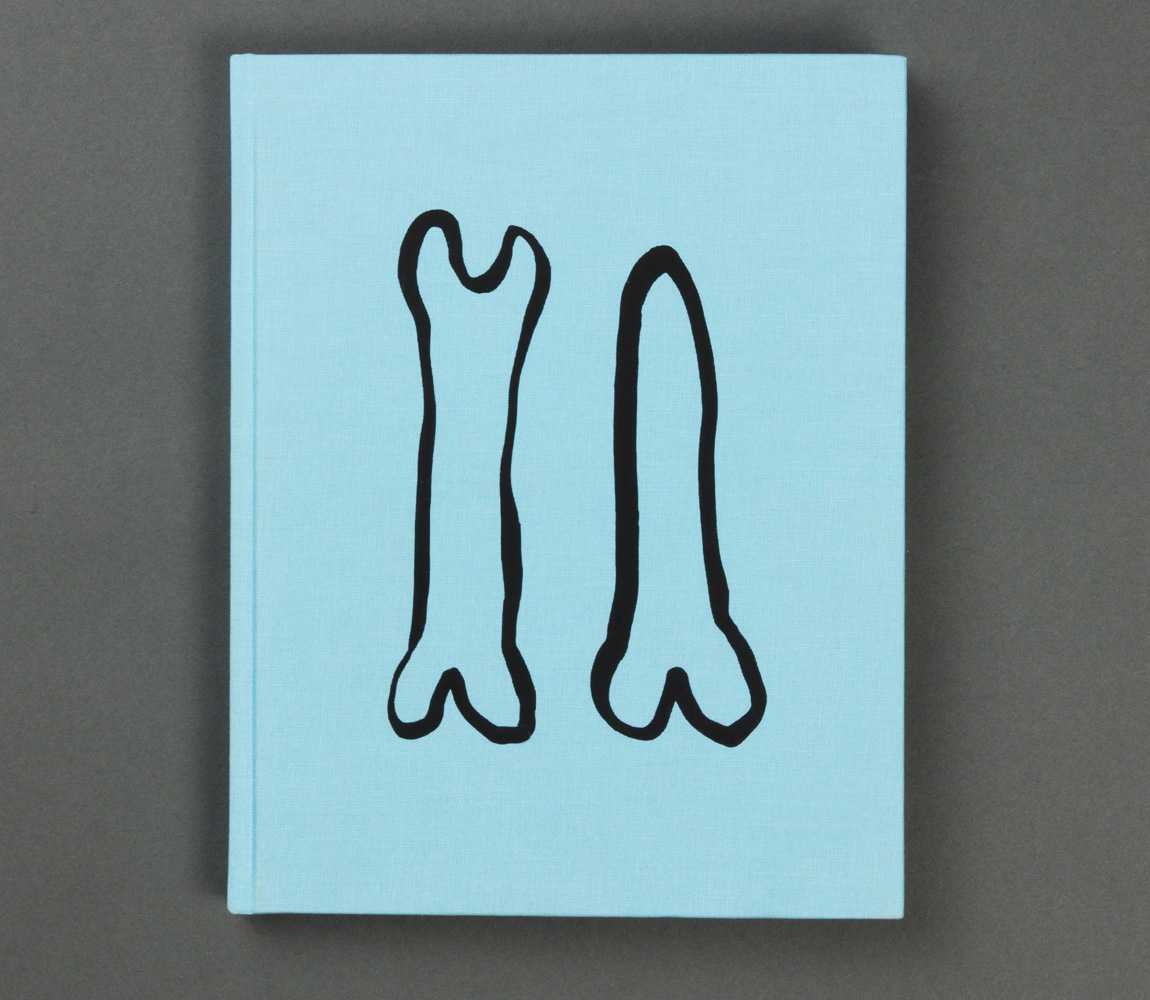 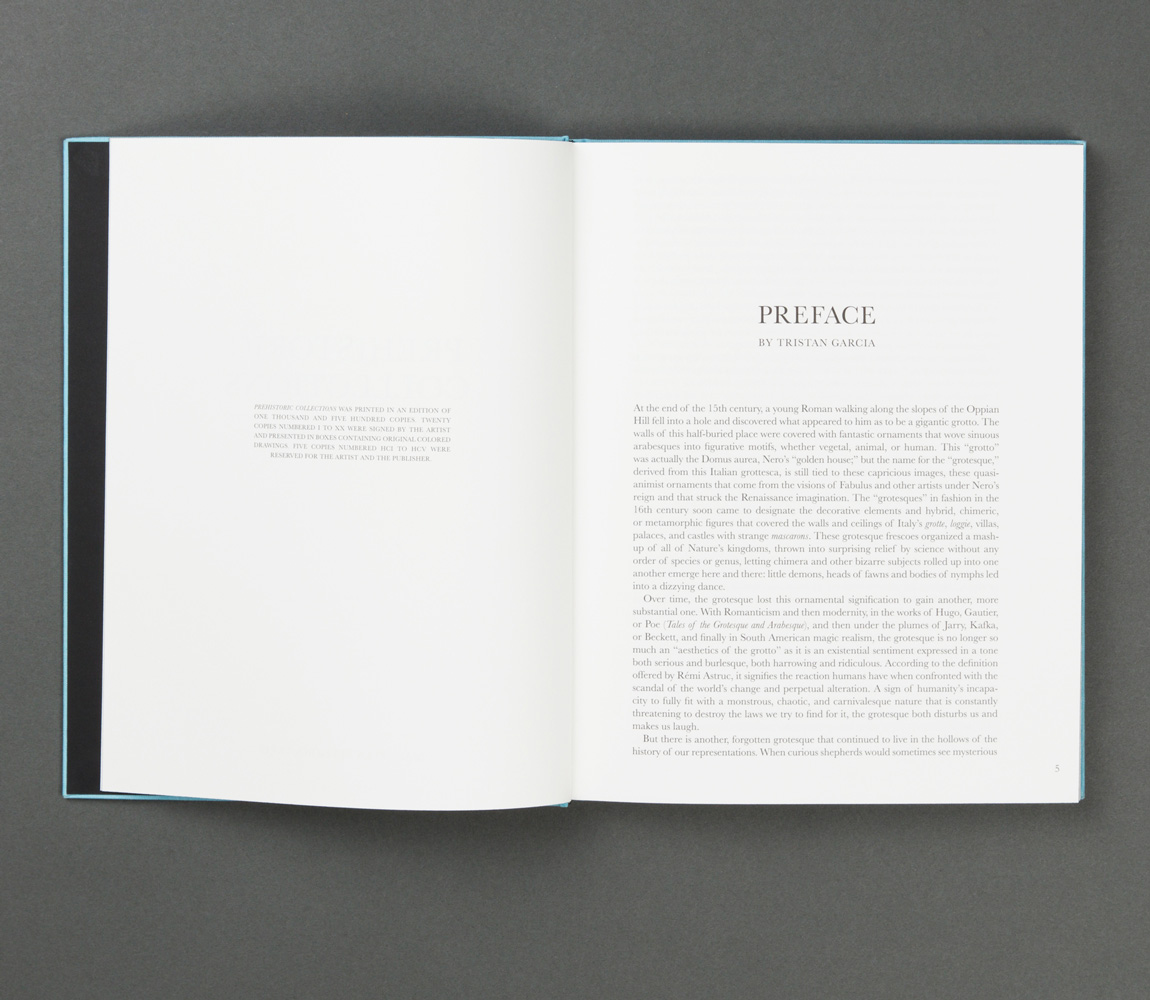 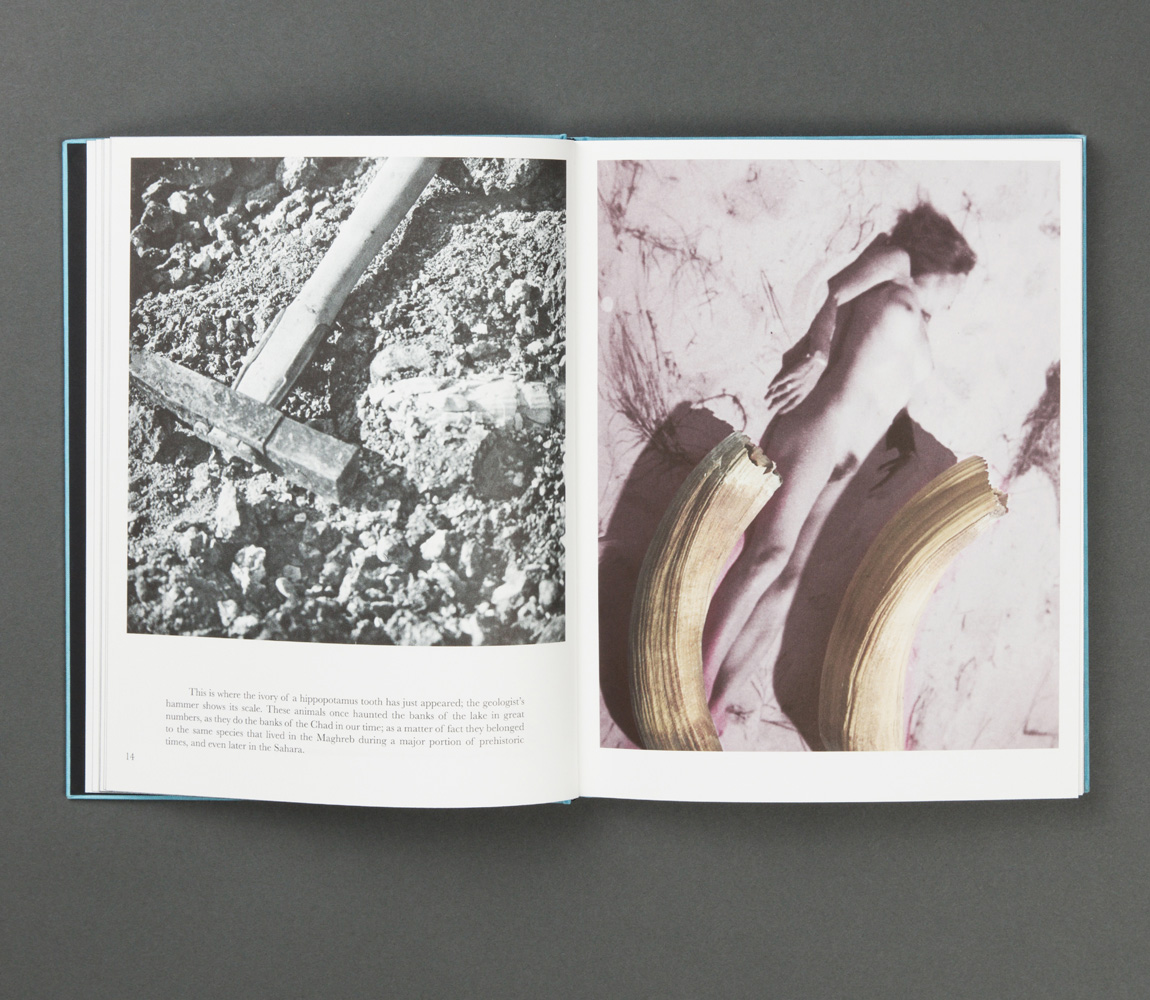 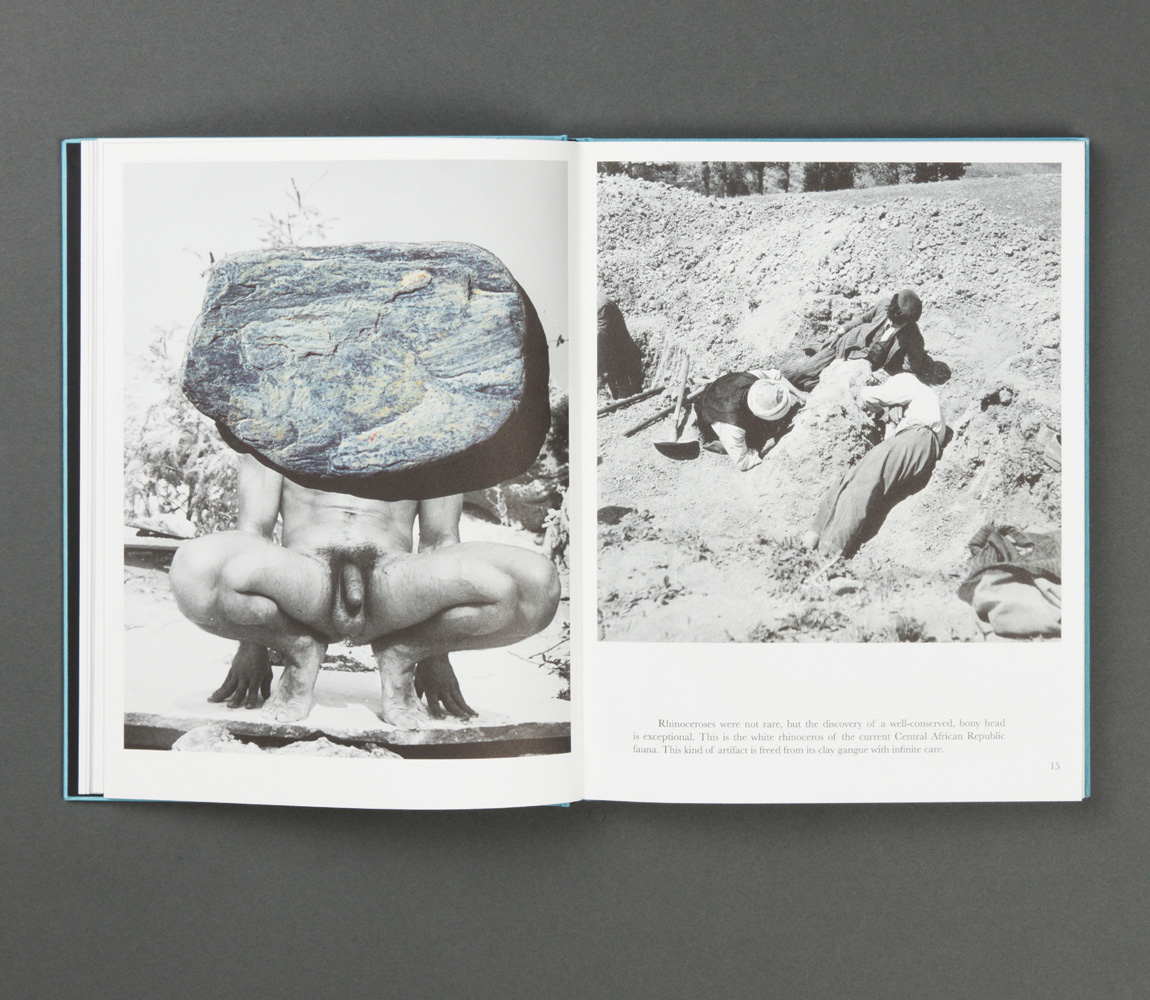 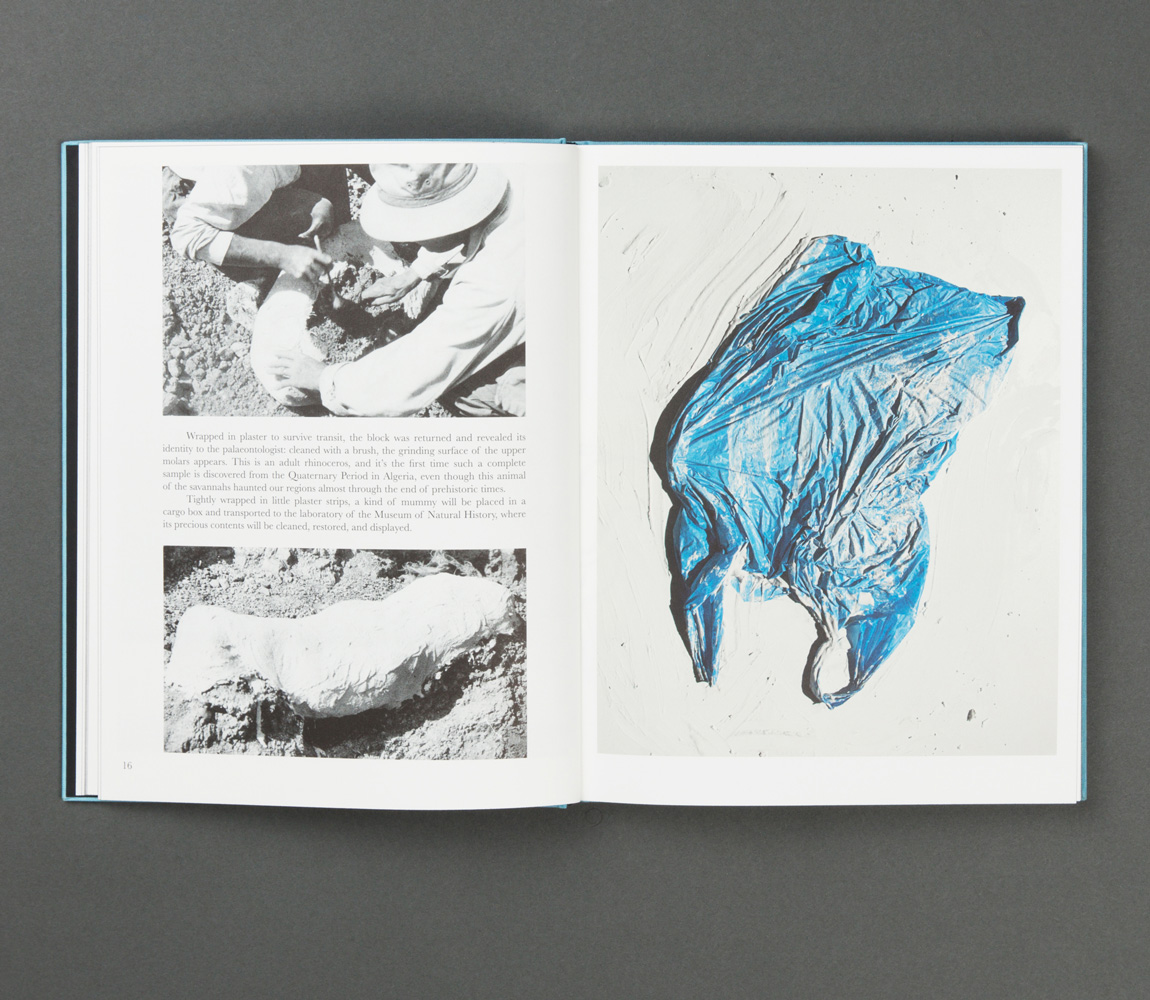 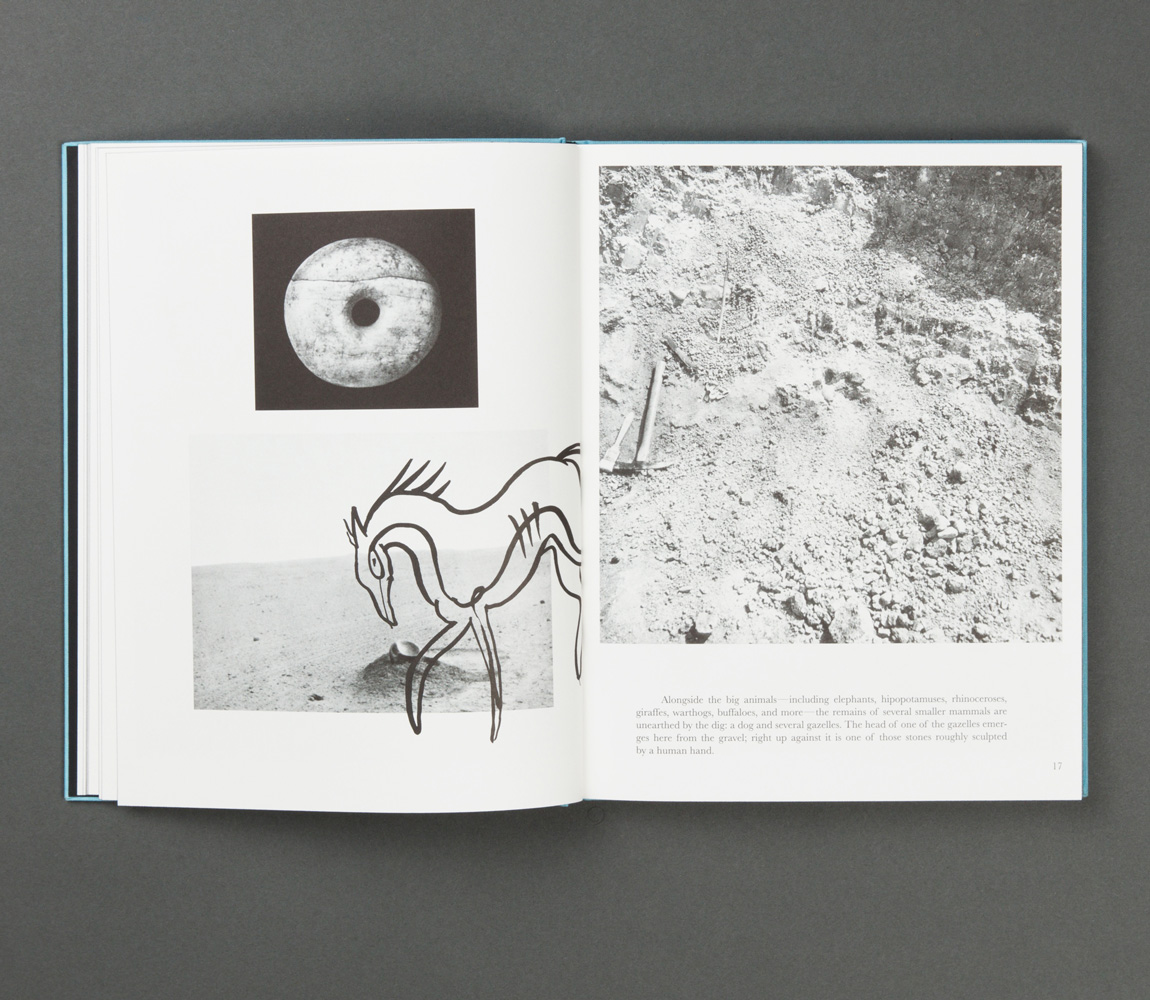 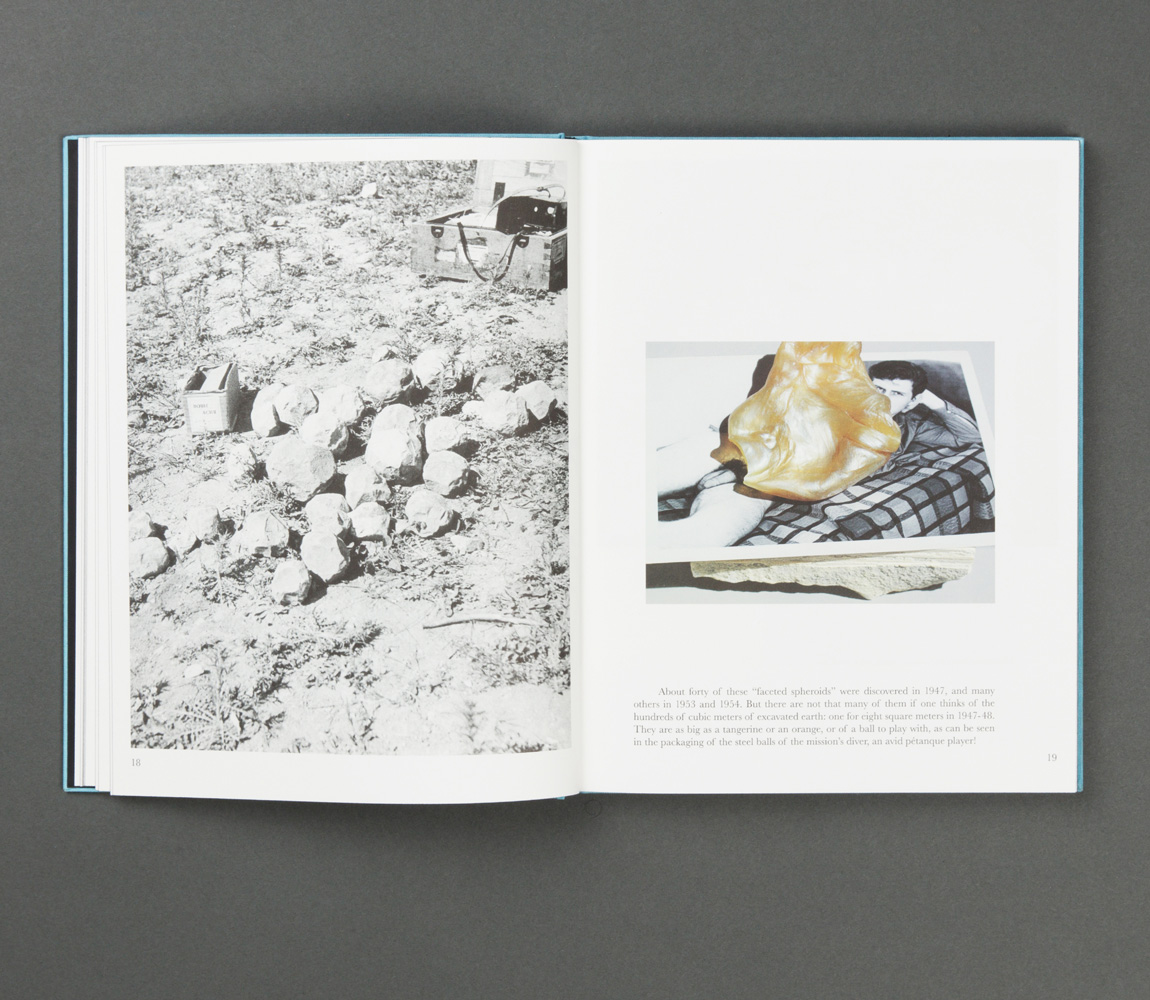 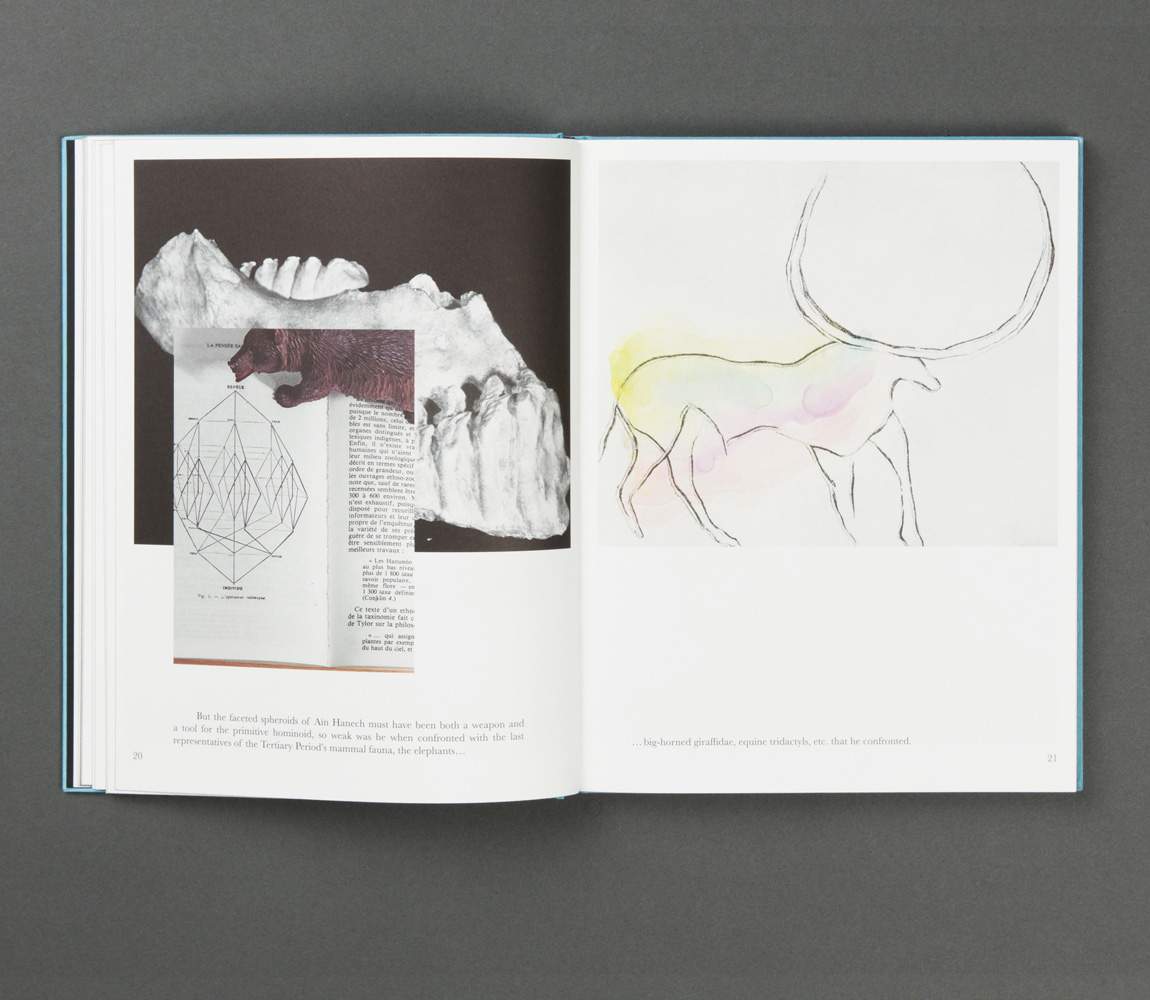 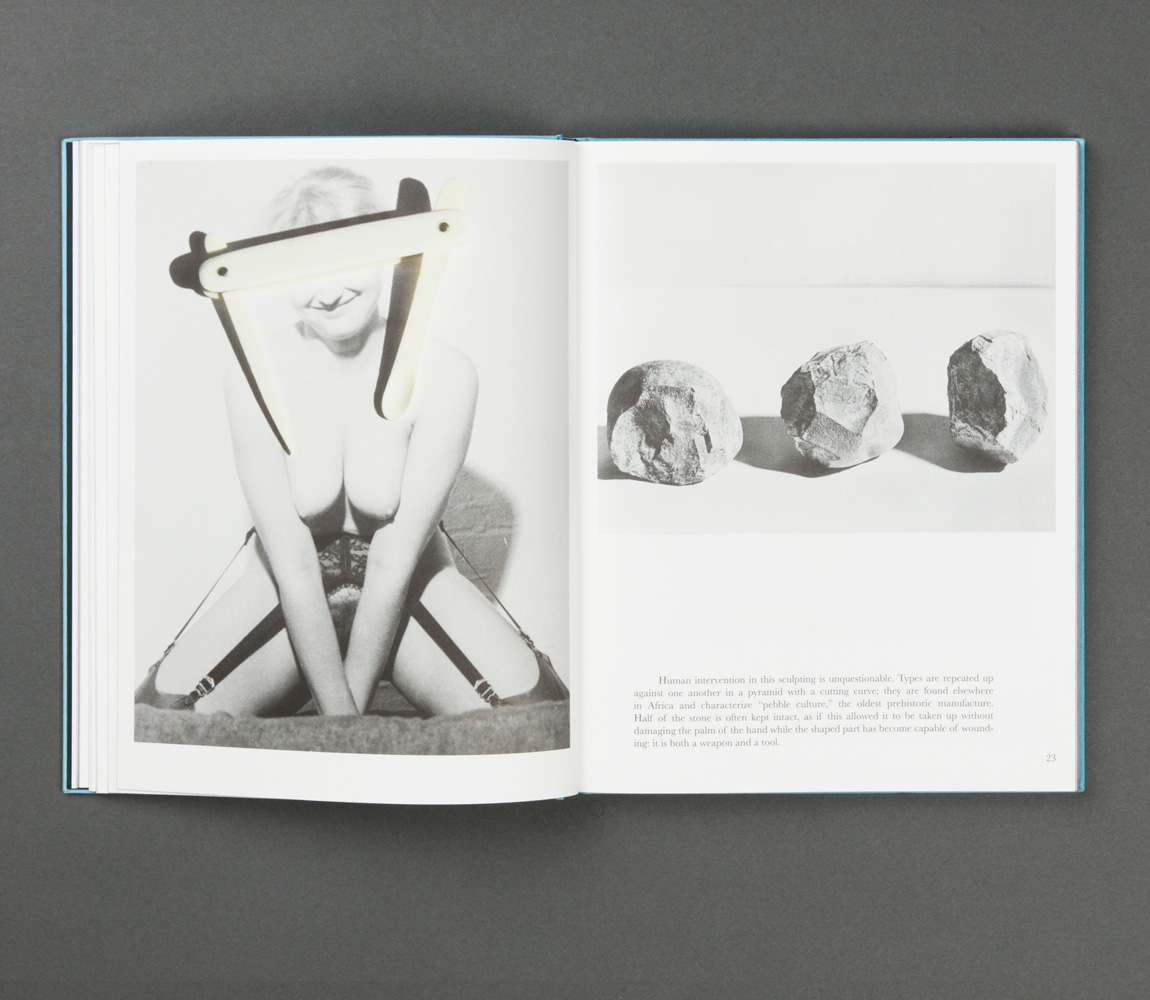 “Thus over the course of the pages do we find an arrangement of shells, erect nipples, computer screens, wrenches, paintbrushes, trees, postcards… This is not a litany of objects without any particular order or hierarchy. Instead, this is the invention of a place where several bits of humanity can become as many ornamental figures of yesterday and today. Motifs thread their way from page to page, as if on the walls of a grotesque fresco at once universal and extremely intimate, where the personal things of the artist, in her bedroom or studio, are entwined with the product of primitive humanity.”
Extract from the foreword by Tristan Garcia.

“Prehistoric Collections originated with my obsession with collecting and exchanging objects. The starting point is a book on Algerian prehistory that was stolen in May 1968 from the library at Jussieu, and subsequently purchased on eBay. Published four years before Algerian independence, it shows the stones and objects collected and identified by soldiers and priests.
“Prehistoric Collections brings together erotic images, images relating to prehistory and objects collected on eBay – it suggests that the forms fashioned by the human hand are inspired both by the forms that make us and the way in which the body functions. Using the methods of the hunter-gatherer, the different fragments, objects and photographs are assembled in an intuitive manner, or with the aim of establishing connections. A tension emerges between the desire to organise – to find meaning – and a desire to recreate confusion and chaos.
“I used images linked to prehistory because onto this ‘cavern’ of history, modern humans project their sensual fantasies and their nostalgia for a time before the separation of nature and culture. In the western imagination, prehistory is the setting for a fantasy of a return to an origin associated with guilt-free pleasure. It is, as Jack London puts it, Before Adam.”
Camille Henrot