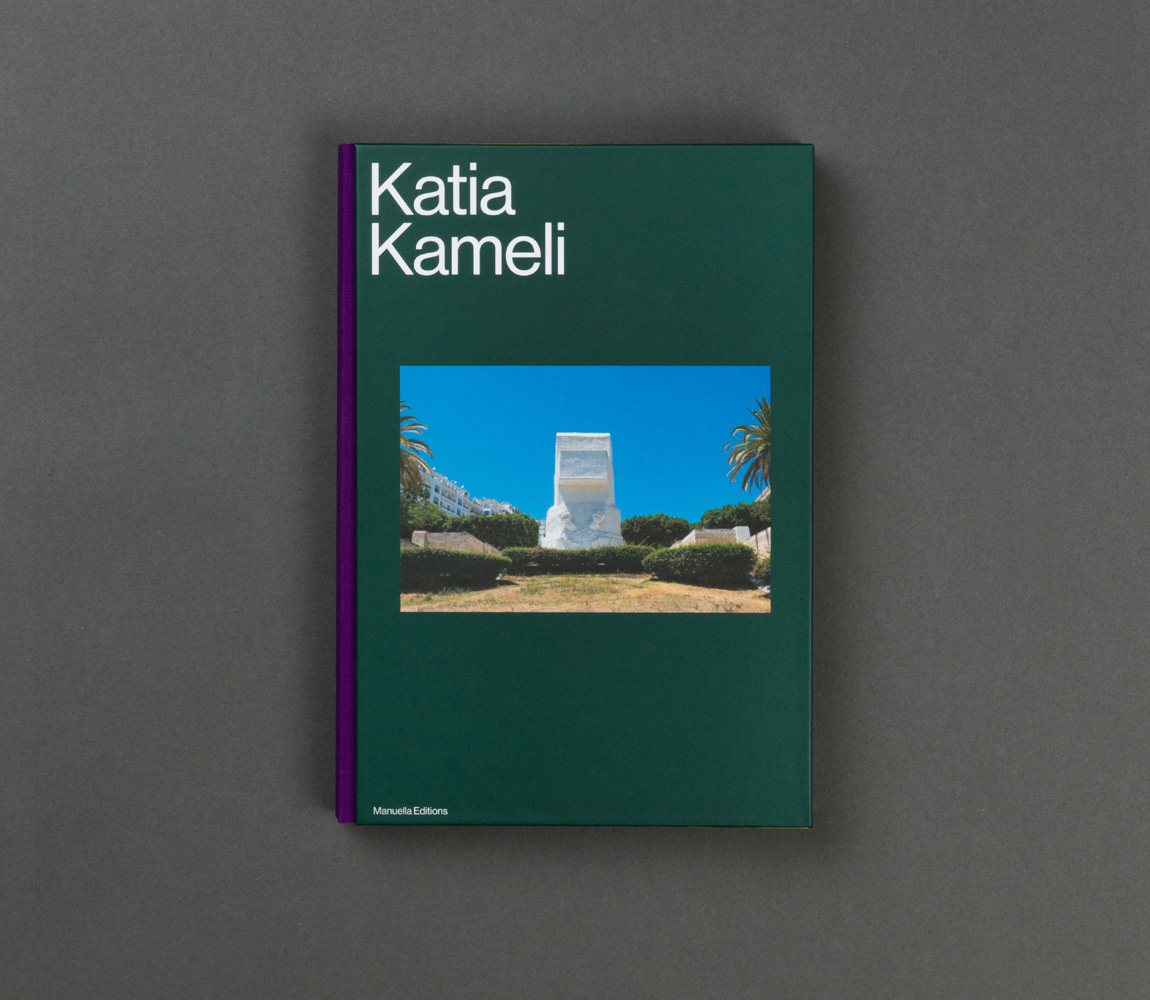 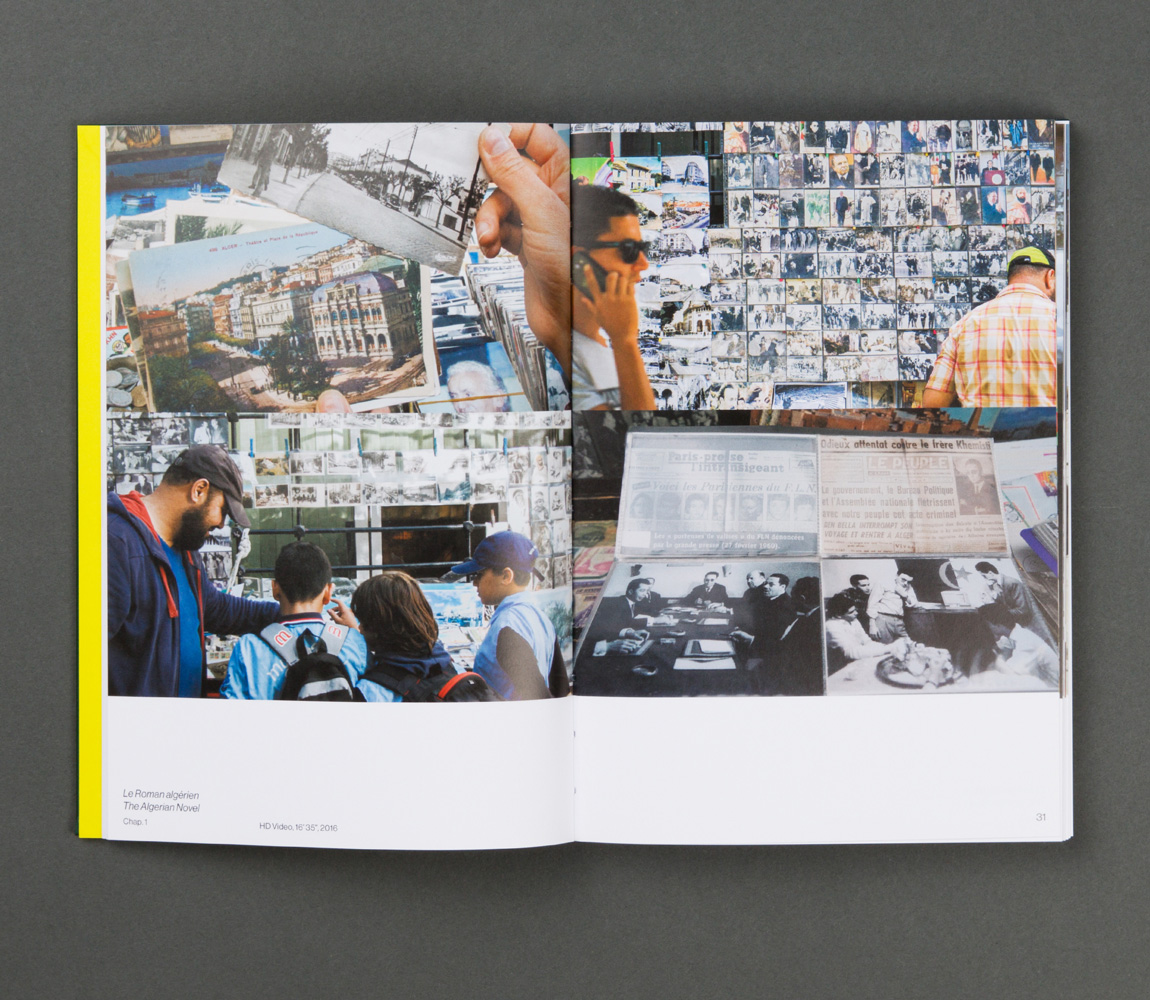 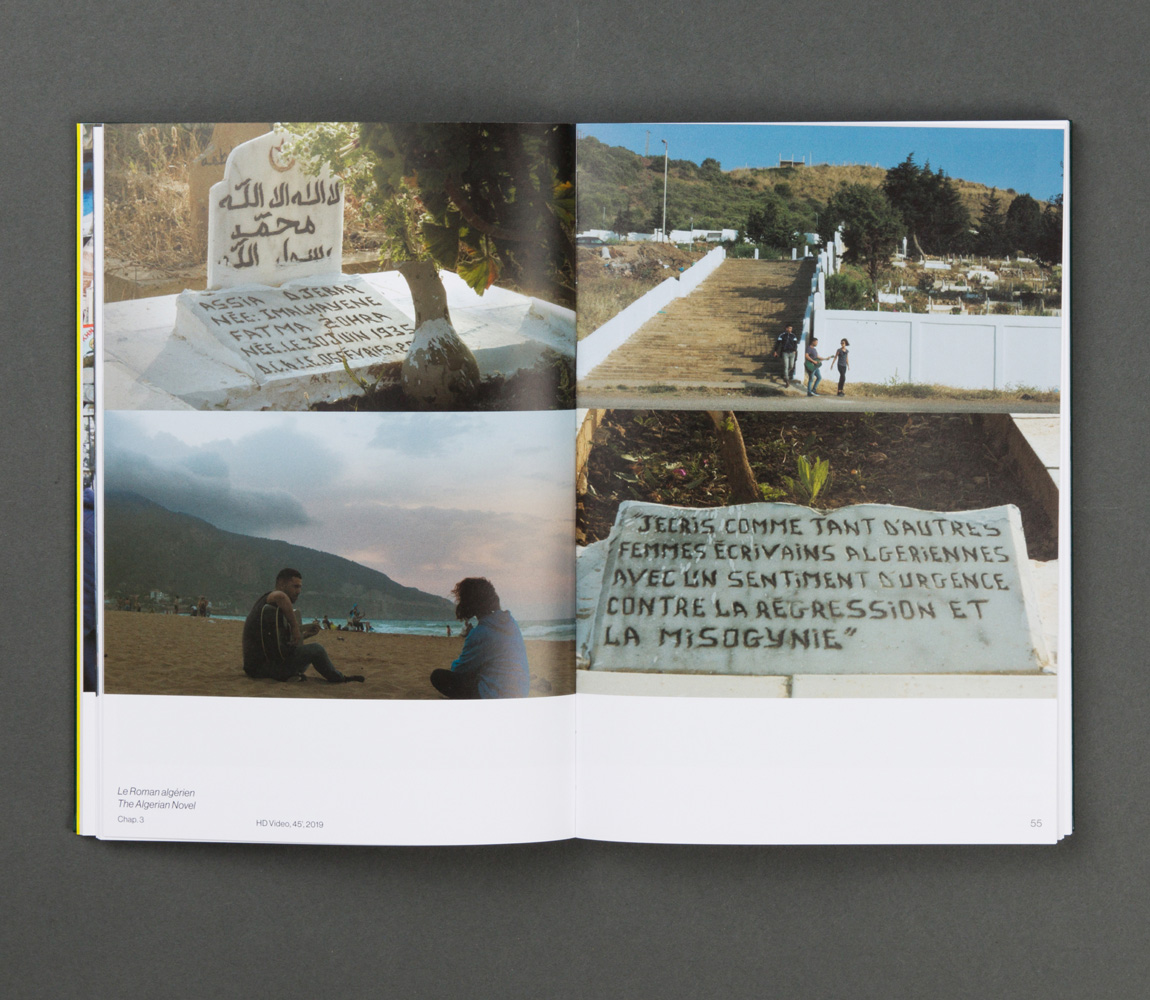 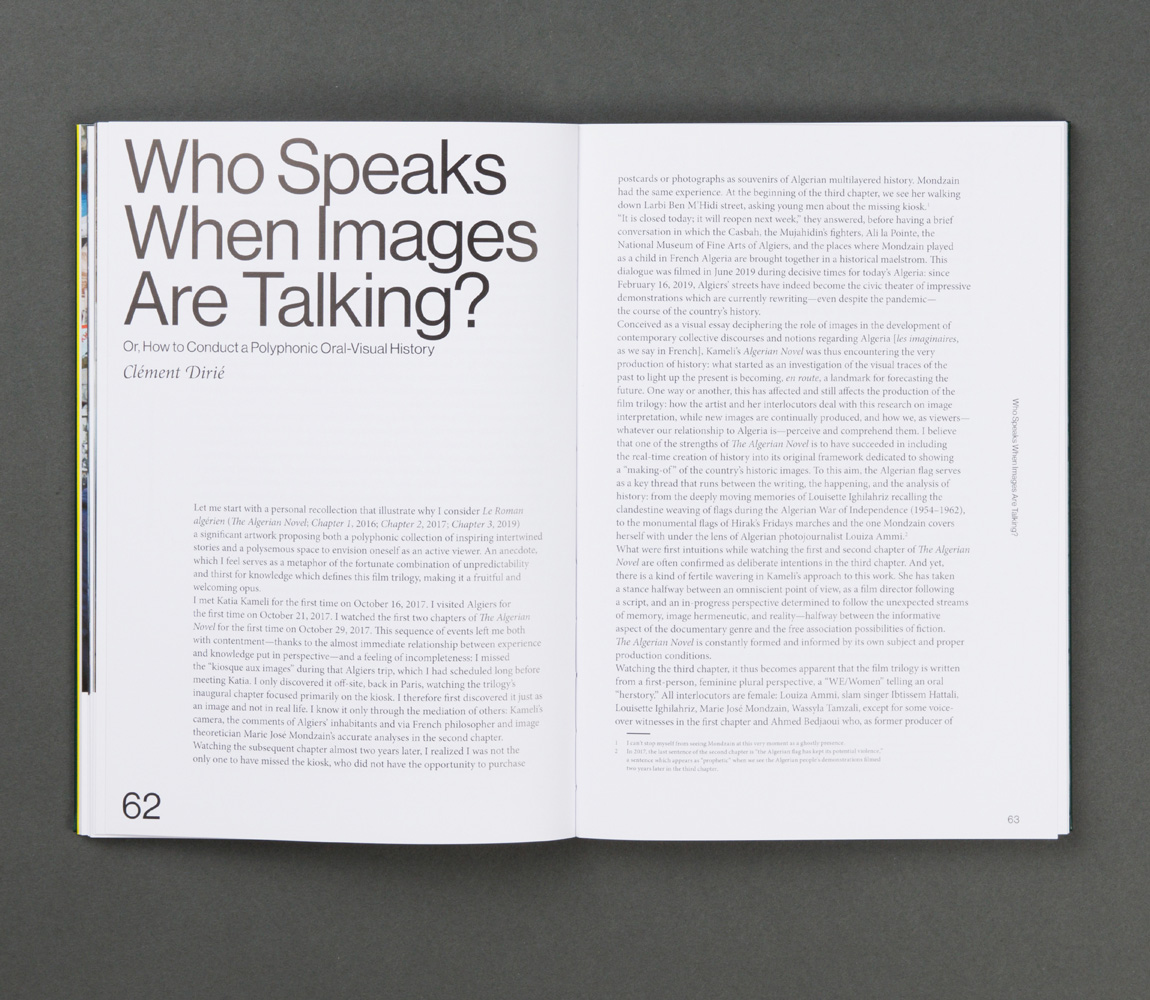 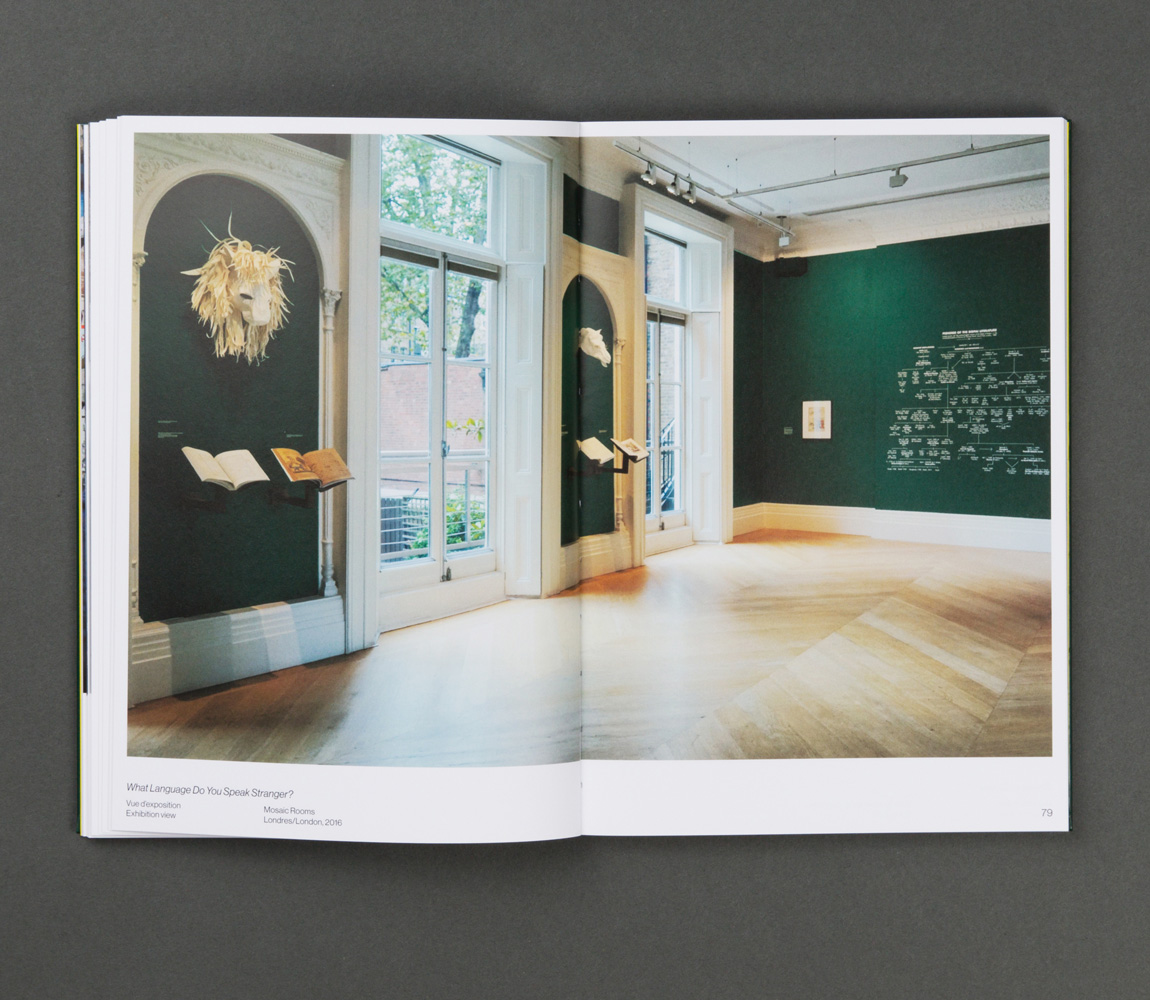 Far from conceiving of the world in terms of separate identities, the work of Katia Kameli draws upon the artist’s personal experience and pluralistic identity. Taking many forms, it expresses the intermediate, in-between space that rejects the notion of belonging in favour of multiplicity and counters the latent dualism of either/or logic: either Algerian or French…

Kameli, born in Clermont-Ferrand in 1973, takes an approach of hybridity, of a third way that opens possibilities for other visions, positions and forms. This third way troubles the stories that constitute it, placing them in a critical state, allowing the passage between narration and history.

Le Roman algérien is a video proposing an immersion in Algerian history through an eclectic collection of images. Destined to be integrated into different formats (installation, projection or, in this case, publication), it is a kind of Algerian Mnemosyne Atlas, a meeting point for exploring memory, the construction of history and the fabrication and diffusion of images.

With Stream of Stories, the artist explores the Eastern origins of French writer Jean de la Fontaine’s Fables and the historical and geographical shifting of a text. Through a cycle of exhibits, performances and videos that amplify and gradually transform one another, the artist pursues her research into questions of intertextuality, translation and representation.

It is precisely these intersections that serve as the basis for the work and interdisciplinary thought of Katia Kameli. The artist also considers herself a translator, not only in the sense of the act of transmission, with the passage of meaning from one culture to another, but also in the sense of rewriting stories to reveal a global history of porous borders and reciprocal influences.

Published with the support of the ADAGP, the Centre national des arts plastiques (Cnap) and the Centre régional de la photographie Hauts-de-France.